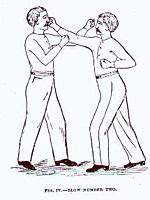 My response to Andrew:

Andrew and I are arguing here about the world-view behind the Sufficiency-of-Scripture. (S-of-S) Andrew's criticism is that if we make the Bible our starting point for knowledge then we'll get caught in the trap of the Enlightenment and rationalism. "The church's mistake was to co-opt the Enlightenment approach into our theology and claim that our faith rests on the epistemological certainty provided by the inspired Scriptures." Andrew instead argues that we shouldn't make too much of the doctrine of Scripture and concentrate on "the message of Scripture."

Pure certainty is impossible for anything but God. ("For now we see in a mirror dimly, but then face to face") But Andrew is arguing that making Scripture the starting point of knowledge (epistemology) is giving in to rationalism. However given that God is our starting point for everything* and all we have is natural and special revelation, of which special revelation is primary, Scripture is our only starting point. God is our final authority and our only access to this final authority is through Scripture. Furthermore, God and Scripture are supernatural. The Bible is unlike any other book, God is the co-author, it's a supernatural book. The final authority of Christianity is not reason or even the Bible but God! Yet strangely Scripture then makes the extraordinary claim that true reason agrees with the supernaturalness of God and the things described in Scripture. (eg the resurrection)

Can the message and messenger be separated?

If we'd lived during Bible times we'd have access to both the 'living gospel' and some of Scripture. God actions and God's explanation of his actions; his words. Now the canon of Scripture is closed and all we have is a record of God's actions and words. ("Blessed are those who have not seen and yet have believed.") It's also important to realise that God's in control of how he reveals himself and he chooses Scripture as a record of his actions and words. So technically the message and the messenger are separate but the distinction for us living in modern times is beyond our control.

Another criticism and my response:

Another critic of the S-of-S asked me about translation. "Doesn't the translation of the Bible rely on extra-biblical information?" I found Word and Supplement by Ward useful for thinking about this criticism. Ward points out there is an important difference between individual words and sentences and the larger texts they make up. The complete text is the final context of a word's meaning. In the other words the whole is greater then each of the parts.