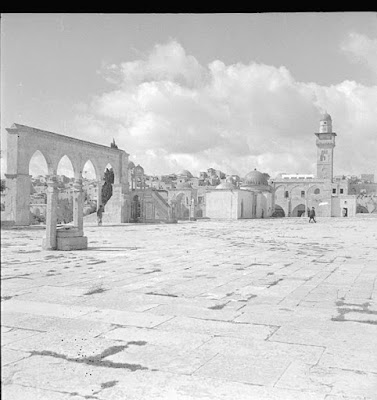 It's hard to have an opinion about the New Perspective on Paul (NNP) simply because of the sheer volume of secondary material both for and against the NNP. So I thought it was helpful of Peter Hastie, in a book review of a new title in this season's Reformed Theological Review, to outline some guiding questions. I think I'll make them and my responses outlined below a type of guiding list to help me navigate me through my sermon preparation for Romans next year.

While I'm not a card carrying traditionalist (surprise!) I'm sympathetic to Hastie's list and answers. However I break with Hastie at a couple of points where I think the NNP has either high-lighted some deficiencies in the traditional view or contributed something positive to the traditional understanding.

"The book begins with a careful overview of the major assumptions of the NNP as stated in its representative writers: first, that Paul was untroubled by a sense of sin and was no preoccupied with the personal, existential question, 'How can a sinner be saved?'; secondly, that Paul's central concern was to answer the question, 'How can an unclean Gentile be incorporated into the church' rather than, 'How can a sinner be justified before the holy God?'; thirdly, that in contrast  to Martin Luther's assumption that Jews in the first century subscribed to some form of merit theology, the prevailing Jewish consensus was that salvation is by grace and not by works, and is best described as 'covenantal nomism'; fourthly, that Paul's battle in the early church was not against Jewish legalism but with the ceremonial requirements of the law that the created an effective bar to Gentiles joining the church; and fifthly, that the doctrine of justification has less to do with how one becomes a Christian and more to do with God's declaration that a person has become one." (Peter Hastie, 'Gospel Clarity: Challenging the New Perspective on Paul by WB Barcley and LJ Duncan', Reformed Theological Review (2015 74:2):130)


1. Paul's Sin The story of Paul's conversion following so closely from his involvement in Stephen's death, alongside his missionary journeys and pastoral writings which focused on salvation; all combine to make the NNP's observation, that Paul as untroubled by sin or existential questions, invalid. I'm with Hastie on this one.

2. Moral righteousness The purpose of Paul's magnus opus, is focused justification; "For in the gospel a righteousness from God is revealed." (Rom 1:17) Additionally the structure of Romans, focusing first on condemnation and then salvation and then followed by implications, prioritises the general question of salvation over the more specific question of Jewish-gentile relations, which puts me with Hastie.

3. Human Performance Hastie and some of the traditional responses to NNP make me very uncomfortable at this point, as though Jewish legalism was the sole problem facing Paul instead of the more fundamental problem of human performance. Clearly Jesus faced in many of his opponents a legalism born of human performance, but it wasn't a uniquely Jewish flaw. But the same could be said about NNP, which claims Martin Luther was distracted by the legalism of the Medieval Roman Catholic church. However human performance was a problem for first century Jews and fourteenth century Germans and twenty-first century Australians.

4. Morality before boundary markers While Jewish boundary markers were an issue as Gentiles joined the people of God in the first century, to say righteousness is reduced to that debate rather grand cosmic questions of morality seems reductionistic, so I'm with Hastie here.

5. Justification and Judgement. I don't know enough about the timeline of justification to make sense of this question. My hunch is NNP wants to mash the place of works within Sanctification into one super doctrine of Justification. (Hurrah for the corrective clarity of the Ordo Salutis eh!) So in that case Hastie is correct, Justification is all about how one becomes a Christian. (WCF catechism: "declared righteous".) We then live out God's declaration by faith, 'saved by faith, staying in by faith'. But if the NNP is about God's judgement according to works done on the basis of our faith in Jesus, then that sounds alright to me.