'The will of him who sent me' 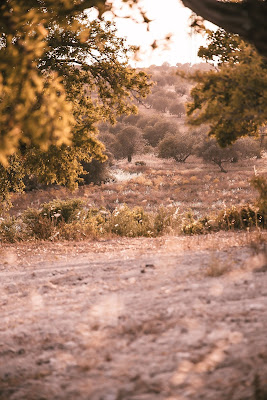 The Son responds to the Father. Jesus' obedience; "not my will but yours be done", is a way of describing the eternal relationship between the Son and the Father. That's how Andrew Moody fixes the subordination controversy, although his PhD project was born long before the most recent convulsions. This is how Moody puts the question of his thesis. “Initially my question is simply whether it is legitimate for orthodoxy to posit any kind of volitional distinction of taxis to the divine persons?" (The Will of Him Who Sent Me, 2011, 4) And the answer via the Nicene Creed, Maximus the Confessor and others, is a clear yes. “Divine decisions might be seen to begin with the Father and are embraced by the Son in line with the order of subsistence.”(5) And we can say this because of how the Nicene Creed describes Jesus as the "eternally begotten" Son of the Father. In other-words, the Incarnation is an expression, an outworking, of a pre-existing relationship between the Father and the Son. The taxis (the order) we see in the eternal Trinity is expressed in the relationships among the divine persons we see in Scripture. The implication for our salvation is profound. We are able to know God, albiet through a glass darkly. The sacrificial death of Jesus makes knowledge of God morally possible, and the miraculous conception of Jesus makes knowledge of God physically possible. Reading Moody's thesis earlier this year highlighted for me how much the Trinity is about who God is and how God saves.

Moody's demonstration of how this relationship between the Son and Father is worked out in Creation and Redemption, forms the basis our ability to know and understand who God is. Reading his thesis convinced me of the crucial importance of the phrase"eternally begotten". Sadly various characters in and around the subordination debate (and on both sides) downplay this vital bit of Nicene theology. Here's a sample (270-271).
At the lowest resolution we could say that God is one being in three persons. But Moody is delving deep into the relationship between two of the persons in particular, the Father and the Son. Moody is answering the challenge, can you talk about this relationship without introducing divisions and multiple wills into God's eternal being? “The pro-Nicene scheme aligns with the Bible’s consistent depiction of the derivative and familial language concerning the person who is the Son, Word, Image, Radiance, Stamp of the Father.” (271) Subordination as a term simply carries too much psychological baggage and creates too many unnecessary theological consequences. It's not a helpful way to summarise the eternal relationship between the Father and Son. However Moody's argument is that the Son submits to the Father’s decision (which is not the same thing as the Son submits to the Father’s will.) "The Father chooses the Son assents." (283)