the rubber hits the road 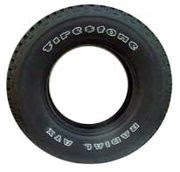 So how can we use this doctrine?

Scripture cannot interpret itself, a Bible cannot climb into the pulpit and preach, a human always interprets and then preaches the Bible. So the reformers used the slogan 'Sola Scriptura' to show that the authority lay with scripture but was interpreted through the historical tradition of the church. This was unlike the more radical Anabaptists who believed that individuals could by themselves interpret scripture. It was also unlike the Roman Catholic church, of that time, which claimed the Roman institution held co-equal interpretative authority with the Bible. (Keith Mathison explains and documents all of this very carefully in his great book The Shape of Sola Scriptura.) So this therefore is the importance of S-of-S and how we use it; we ask God to illuminate our understanding and then cross-check our interpretation with the wider historical tradition.

But there are three dangers here:

1. We can ignore historical tradition all together and pretend 'Sola Scriptura' means the Bible all by itself, but this is wrong because it takes a human to interpret it.
2. We can give absolute authority to a human institution such as the Vatican which is located in Rome, Italy. This is dangerous, there is no precedent for this before the late middle ages and and it places authority with one particular group in time and space and not Scripture.
3. We can give absolute authority to the historical tradition. (This is a tricky one for me because I'm most tempted by this one.) I think the best way to avoid this is to distinguish between historical precedents and Scripture. Historical precedents are like rivers, the general direction remains unchanged but the actual shape the river changes over time. Our interpretations should be like this, consistent with the general direction of church tradition but always subordinate to Scripture.
Email ThisBlogThis!Share to TwitterShare to FacebookShare to Pinterest
Labels: Sufficiency of Scripture, Theology
Newer Post Older Post Home