What sort of grand narrative?

Shyborg's Speedy Summary:
1. Everyone = Having a Grand Narrative (GN) is a good Reformed thing.
2. Wright = Individual salvation has been over-emphasised.
3. Piper = The Bible says salvation is the focus of the GN.
4. Luke = Wright ignores the horrific importance of Original Sin in his GN. 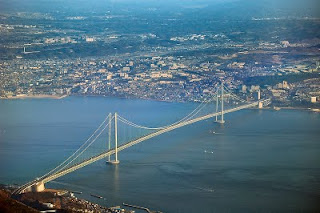 Both Piper and Wright agree on a grand narrative centered on God. As I pointed out in my last post this isn't a new development in Reformed theology. However Wright thinks from Luther onwards the grand-narrative has been too skewed towards an individual's salvation. "It may look, from our point of view, as though 'me and my salvation' are the be-all and end-all of Christianity." (Justification, 7) Wright speculates this view crept into Christianity because the black death made people focus on "going to heaven when they die." (Justification, 38) He also says he doubts the 1st century Jews sat around debating the finner points of how to be justified.

However there are three problems with Wright's take on what the grand narrative is. Firstly the first century Jewish world was a spiritually and intellectually fractured place, we can see that from the gospels. Not only does it seem anachronistic to assume the Medieval focus on death was somehow absent from the 1st century world but Wright doesn't seem to concede that this assumption becomes for him a sort of controlling force on his own grand narrative. Secondly as Piper points out the grand narrative, while being grand and sweeping is both made of many individuals and detailed in it's application to those individuals. "But Wright's way of highlighting the global sweep of the gospel has the effect of marginalizing and perhaps even negating, some aspects of the gospel that are precious, and without which all talk of rescuing the world from chaos are hollow." (The Future of Justification, Piper, 81) Because "the climatic expression of the gospel to both Jews and then Gentiles, offering them forgiveness of sins, a right standing with God and, in that way eternal life." (The Future of Justification, Piper, 85) Thirdly, while Wright is eager to emphasise the beginning of the grand narrative with Abraham, he never mentions Adam. (Well he does, once in passing on page 199!) The grand narrative really begins with God and then Adam and then Abraham. Wright's grand narrative isn't big enough, fixing our state of not being in the presence of God is the primary concern. There may well be larger plans post the return of Christ that Lewis hints at in his Naranian stories, but the focus of God's special revelation is God and fixing things in relation to him. I was surprised to read Justification and not see a major role for the ending of Original Sin in Wright's grand narrative.

[Picture is of the world's longest bridge in Japan. Note how you can talk about the bridge, the purpose of the bridge and all the individuals kept safe by the bridge.]
Email ThisBlogThis!Share to TwitterShare to FacebookShare to Pinterest
Labels: Analysis
Newer Post Older Post Home