Are Theologians guilty of 'group think?' 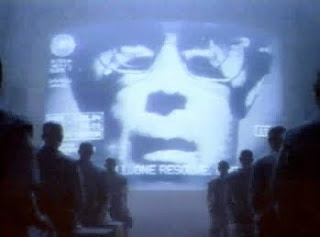 It's certainly the right time to be thinking about global warming.  (Is it occurring, are humans to blame and what should we do about it?)  The Australian Senate recently decided to reject the ETS, The Copenhagen conference is upon us and recently a number of hacked emails were publicly released revealing some very unscientific behavior among climate change scientists as they discussed skeptics and fiddling with the data.

This short article from the New York Times discusses the fallout of "climategate" or whatever you want to call the release of the emails.  The author says "As the scientists denigrate their critics in the e-mail messages, they seem oblivious to one of the greatest dangers in the climate-change debate: smug groupthink."  Regardless of your stance on global warming, it's a shock to realise that even academics are prone to 'group think.'  This got me thinking about professional theologians, who work within the academic sphere on important aspects of theology, so that ordinary Christians and ministers can grow in their knowledge of God.  Can theologians be guilty of 'group think?' People are sinful and as the email thing has shown, academic credentials are no barrier against conforming to whatever the establishment believes should be currently true.

Note that I don't think Orthodoxy is a form of group-think.  Group think, unlike orthodoxy, has a secretive agenda and changes over time.  Orthodoxy is permanent, with divine origins and exists on the pubic record, regardless of what the prevailing establishment believes.

Now most theologians are also Christians, and God is at work both in them and in the academic establishment.  Generally the current trends in Christian research and knowledge correspond to orthodoxy, but sometimes they don't and I wonder how we discern when theologians are guilty of group-think?