What's going on in the Lord's Supper? Douglas Wilson 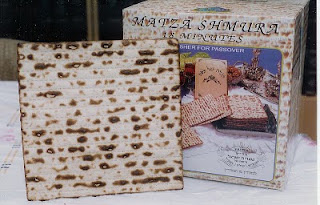 
"We learn here [1 Cor 10:15-16] that the Lord's Supper is a means of blessing, it is very clearly a means of grace. Paul identififies the cup as a a cup of blessing. This means that when a believer comes to the Lord's Supper, and partakes of it in a worhty manner, he is blessed by God in the coming.  This is a blessing the communicant would not have recieved if he had not partaken." (Wilson, Mother Kirk, 101)
"We must remember the context of Passover. Christ instituted the observance of the Lord's Supper on the 14th of Nisan, at the annual Passover festival of the Jews.  In the course of that meal, Christ set apart some of its elements for the establishment of a new meal, the meal of the New Covenant.  Christians were to take these elements and remember Him, proclaiming His death, until the Second Coming.  At the same time, it is a memorial in the Old Testament sense, in which we are asking God to remember us, for Jesus' sake." (Wilson, Mother Kirk, 103-104)
"...there is no disagreement that baptism is the ordinance or sacrament of initiation into the visible body, and the Supper is the ordinance of nourishment with that body." (Wilson, Mother Kirk, 107)
I like Wilson's emphasis on a covenantal meal.  Clearly the larger idea of eating is important in Scripture; from manna, passover, sacrifices to the final wedding feast etc.  Also covenants are important, Jesus is, in the words of Isaiah 43, doing a 'new thing', a "new covenant".  Elsewhere Wilson observes that arguing about "presence" introduces a category or theme that doesn't seem to have a significant place in the text.  I think I like where Wilson is going but I feel he still dodges an important exegetical question and an important systematic question.

2. Reformed Christians, like Wilson, believe that since the tearing of the Temple curtain, we no longer have to remove our sandals, like Moses before the burning bush.  This means, for example, the grave digger and the doctor, as Christians can both be equally involved in God's work.  So why is there a more special blessing from drinking at communion then drinking with close Christian friends?  Isn't Wilson introducing through a back door the idea of special levels of blessings and consecration?
Email ThisBlogThis!Share to TwitterShare to FacebookShare to Pinterest
Labels: Analysis, Communion
Newer Post Older Post Home