A Universalist Myth: Hell wasn't a doctrine of the early Church

I'm worried that some of my commenters have been taken in by this universalist website, which wrongly claims that "'Hell' was not a Doctrine of the Early Church." I've entitled this post 'A Universalist Myth,' I don't mean to be rude to my universalist commenters but because when you actually look at the evidence you see that universalism was the exception, and some sort of eternal punishment was the norm. So I've briefly organised in rough chronological order, some of the evidence for the what the early church really believed about Hell and judgment. 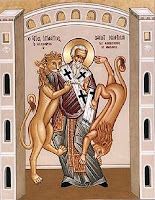 Ignatius (50-117 AD)
Living almost in the time of Jesus and Paul, Ignatius describes "Hell" as the final destination of false teachers

(The Epistle of Ignatius to the Ephesians) a warning he repeats in his Epistle to the Philadelphians. 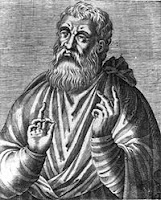 Justin Martyr (100-165 AD)
One of the earliest church fathers was quite happy to refer to "eternal punishment"(Dialogue with Trypho, A Jew) long before universalism came onto the scene and before the doctrine of Hell was formalized. 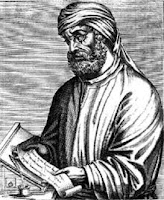 Tertullian (160-220 AD)
Tertullian  in his Apolegeticus describes how Pagans mock Christians for their belief in Hell.
And so we are ridiculed because we proclaim that God is going to judge the world. ... In the same way if we threaten Gehenna, which is a store of underground fire for the purposes of punishment, we are received with howls of derision. 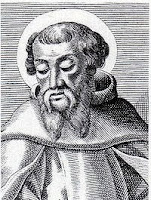 Irenaeus (c202 AD)
An important early church father, refers to Hell several times as the final destination of the wicked. 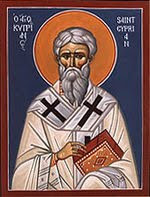 Augustine's predecessor had this to say: He [God] has prepared heaven, but He has also prepared hell, but not just as a temporary purgatory because later he says God might destroy both body and soul in hell. (Epistle, Treatise)

Origen (185-254 AD)
Origen is cited as an early universalist but this is the result of his Platonic philosophy which saw the material world being a place of preparation for the spiritual world, rather than a clear exposition of Scripture or an adherence to what the church was teaching. (Bauckham, Themelios 4/2) This means Origen saw judgement as remedial and not retributive putting him at odds with some of the very earliest church fathers who followed the Apostles.  For example Justin Martyr describes Christ as "cursed"  for our sins, clearly he has retributive not remedial justice in mind.  What tentmaker.org doesn't mention is that Origen is probably more important for making the church sort out what it believed than actually shaping what the church believed, furthermore it's important when quoting Origen to note at what point in life he was writing because during his lifetime he moved in and out of heretical groups, sometimes making more or less sense depending on who he was hanging out with at the time.

The Apostle's Creed and the Nicene Creed
In both of these creeds, there is the idea that the world concludes with Jesus' judgement:

He will come again to judge the living and the dead. (Apostles Creed)
From thence he shall come to judge the quick and the dead. (Nicene Creed)
Note very carefully that the idea of judgment, contra Origen, is clearly retributive. The Early church fathers keep talking about Jesus being cursed for our sins. For example Eusebius of Caesarea (275-339) and Hilary of Poitiers (300-368) living and writing at about the time these creeds were formalized use the language of Jesus being "cursed" on the cross.  For universalism to be a viable theory it requires judgement to be remedial, a concept clearly not in view when the early church fathers described Jesus' final judgement.

Athanasius (293-373)
Interestingly while Athanasius isn't as strong with the "curse" vocabulary, he's quite happy to describe Hell in these sharp terms: but for those that practice evil outer darkness and the eternal fire, (Incarnation)

Then, and this is all before Augustine mind you, there are lots of minor early church fathers who think Hell is a place of eternal punishment. I just got tired of scrolling through all the results to list them here.  The only major early church father, universalist Keith DeRose mentions, is the eccentric and sometimes heretical Origen.  Buackham in his historical survey of universalism observes that universalism is a minority position until the rise of liberal theology in the nineteenth century. (Bauckham, Themelios 4/2)
Email ThisBlogThis!Share to TwitterShare to FacebookShare to Pinterest
Labels: Analysis, Universalism
Newer Post Older Post Home