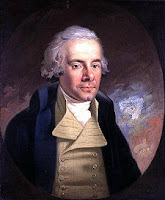 Dick Smith has recently announced an annual award, named after the famous Abolitionist William Wilberforce, to be given to an individual who helps solve the population problem.  Dick Smith says the winner will be someone who "can impress me by becoming famous through his or her ability to show leadership in communicating an alternative to our population and consumption growth-obsessed economy."  Dick's daughter Jenny prompted him to launch the award:

"The instant she said the word, it was almost as if a light was turned on in my head.  Within seconds I realised how stupid I had been.  Here we were talking about problems which are facing our planet, but people weren’t talking about the most obvious problem – too many people.  I knew that we had something like 6.7 billion people in the world, and this was predicted to go to over 9 billion by 2050.  But I’d never actually linked that with a great many of the problems we have in our world."


In the Population Puzzle, a documentary released this month by Dick Smith, he makes the case for a smaller Australian population.  In it he argues the Australian population growth rate is unsustainable because of the congestion in the cities, environmental degradation, increasing housing prices and [interestingly] decreasing personal wealth.  He quotes favorably Kevin Thompson a Labor backbencher who wants to cut immigration and the Baby Bonus. Dick then observes though that population is a global phenomenon adding that there are "too many people in this world."  Mr Smith then visits Bangladesh the most densely populated country in the world. There he enters trickier territory. "It would be much worse if Bangladesh hadn't made heroic efforts to curb its population growth." Although he didn't elaborate on those measures.  His segment in Bangladesh made me wonder, how should people live, as they do in Hobart or Dakka? Dick though observes rightly that Australia (and the West) are "plundering the poorer nations of the people they can least afford to loose."  The documentary argues this is because it's politically more expedient to increase skilled migration then to improve local training. Dick concludes by warning that the security of Australia's food supplies is threatened by increased development and a rising population. He finishes by saying he wants his legacy to be an advocate for a sustainable Australian population.

Population has also become an election issue as Jon commented recently on his blog about Labour's cunning reference to "sustainable" in it's political advertising material.  The Greens believe that "women's rights" are somehow connected to population and the environment, which is sadly code for abortion rights.  The most recent Question and Answer on ABC iView brings the parties head to head while dealing with the substance of Dick's argument.