For a short period the Northern Territory passed legislation to allow Euthanasia but the Feds quickly shut them down.  Now the issue is being revisited at a Federal level as the result of Green political pressure.  Sadly recent Australian polling shows a majority (although an uneven majority) of the population want the N.T. ban overturned.  Although as Bp John points out an ad promoting euthanasia was not permitted to air.  This means while euthanasia isn't mainstream yet, it's not far off. Quite apart from the arrogance of complete self-independence, making euthanasia palatable will only weaken the desire to support and fund quality palliative care. 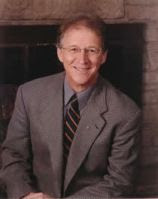 John Piper (profiled here on the evangel blog) is coming to Australia and speaking at a number of conferences in Sydney.  Notably he's speaking at the Oxygen 11: national pastors' conference in August 2011.  Both he and Driscoll (who visited in 2008) are representative of a recent movement entitled by some as the new Calvinists, however his style is and his visit will be quite unlike Driscoll's.

At General Synod the issue came up (#ozsynod) of whether or not bishops should sit in tribunals examining other bishops.  No doubt the upcoming tribunal of Bp Ross Davies of the Diocese of the Murray, prompted this discussion. However he resigned the day before he was to face a tribunal hearing in Adelaide.  The Sydney Morning Herald makes a number of speculations about why he was facing the tribunal, and the Adelaide Advertiser implies he'd mishandled Diocesan authority. Interestingly he received a $150,000 payment, which is good if he was wronged but strange if he was the one in the wrong.