The war in Afghanistan 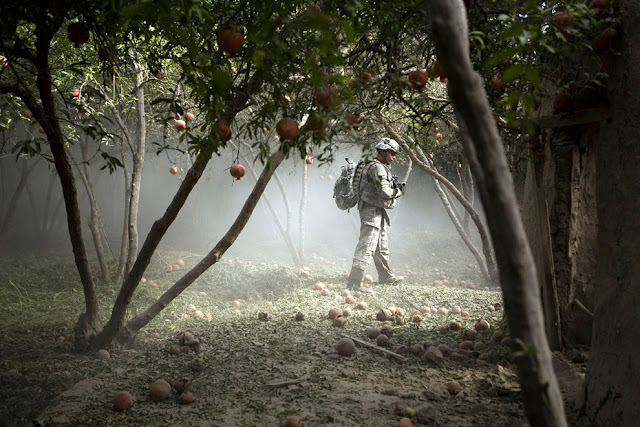 It's a striking picture isn't it, makes me think of a violent, post-glory Eden.

The war is approaching it's tenth anniversary and it's hard to see what its next stage will be or what ultimately is the end game. It's trendy to be opposed to the war but I wonder if the Taliban can be contained without such cost, although it would be depressing to allow their militant Islam to have free reign. I predict given the recession in America and the rise of other conflicts, a quiet withdrawal and change in purpose will take place, where the Taliban will be tolerated in the country side but still fought in the major centers.