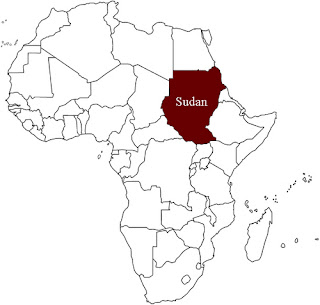 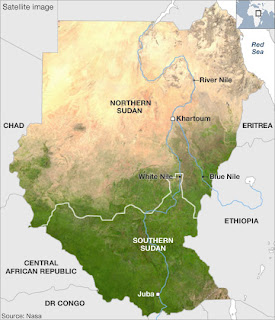 In a couple of days the Sudanese who live in the southern part of Sudan will vote in a referendum for their independence.  (I'm surprised by the lack media attention, although that could be the lack of focus from the news outlets I read: NYTimes, ABC & Jpost.) Christians form a large minority in the south, a fact AlJazeera overlooks in it's report on the referendum. Things seem stable although I do wonder if the north will recognize southern independence.  I do hope the creation of this new country (rich in oil deposits) means that Christianity will flourish without persecution and that it won't join the ranks of other dysfunctional nations, although this report of a renegade Southern general isn't very encouraging.  Has there been anything on TV about the referendum?

[Update] Growing media traction, #Sudan on Twitter is producing some linkage, although it's hard to figure out from this distance what's reliable information and anyalsis. For example I'm not sure whether to trust this discouraging report from Ghana showing that President Omar al-Bashir says the South won't be able to create a viable nation-state. For a fairly reliable news stream Reuters: Sudan seems like a good start. There doesn't seem to much violence at this stage and the polls have opened, so that's a good sign.