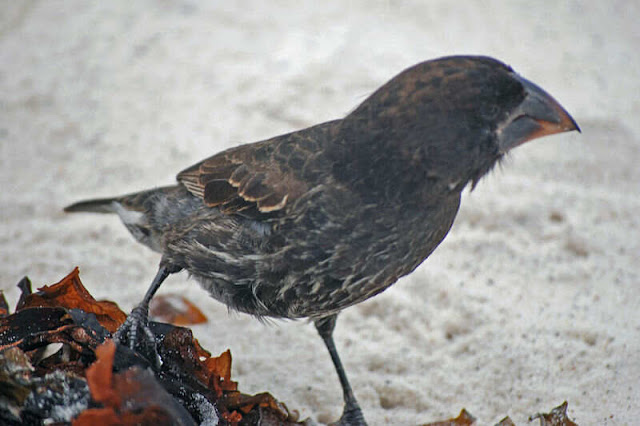 Evolution, according to the University of Berkley's Evolution Information page, is "descent with modification." The page goes on to add that "the central idea of biological evolution is that all life on Earth shares a common ancestor, just as you and your cousins share a common grandmother." This means that life has changed over time, these changes giving rise to new legs in the family tree. One of the key aspects of the explanation that leads ultimately to different species is genetic variation. "Without genetic variation, some of the basic mechanisms of evolutionary change cannot operate." Genes are mutated and transmitted which produces new variations. Significantly "mutations can be beneficial, neutral, or harmful for the organism, but mutations do not "try" to supply what the organism 'needs.' In this respect, mutations are random — whether a particular mutation happens or not is unrelated to how useful that mutation would be."

Natural selection, is a mechanism within the theory of Evolution that explains an additional source of genetic variation. Some individuals within a species are killed off before they reproduce to their maximum potential and are therefore unable to pass on their genetic material to the same extent as their slightly different cousins. The survivors then pass on their genetic material which means more of their type reproduce.

[A Galapagos Finch made famous by Charles Darwin, not the actual one but from the same species.]