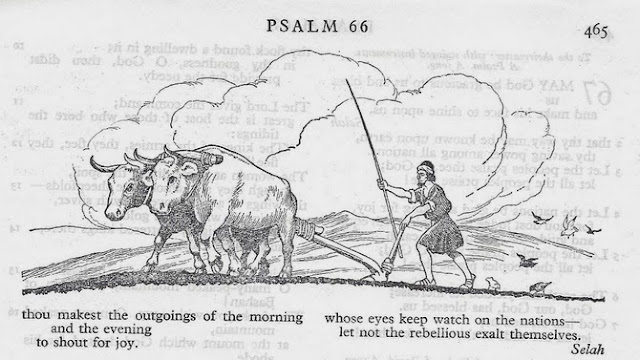 Thinking about worship and vocation

The structural redemption of vocation is an aspect of our participation in God’s story and his participation in our own stories. Vocation is a cultural structure, part of the human experience. The direction of this structure is marred by sin, a noetic effect of the Fall. Nothing is neutral, everything like the universe is on the move in one direction or another. However like Adam whose stewardly role including naming, we should articulate as Christians what is part of the original structure of vocation, what is broken and how the truth of God’s redemption can help restore and change vocation. In other words “how can I speak truth into ‘vocation’ and bring it into God’s large story?” When thinking about vocation it would also be worth remembering and acting on the question: “how God is with me in the midst of vocation.”

A critique of the alternative

In my first response to Paul Grimmond's article about vocation, I was concerned by his methodology. In his article for The Briefing: 'God's plan for work', his aim is to be  "thinking about the nature of the work that God has given us in Christ, as his people." It's a variation of the gospel and culture question, what's the relationship between the gospel and culture? Grimmond opens by reviewing the "cultural mandate." His definition (sourced from Wikipedia) is a little vague, and misses the idea of 'stewardship'. A better one comes from Albert Wolters in Creation Regained: Biblical basics for a Reformational worldview.


"In the human realm men and women become coworkers with God; as creatures made in God's image they too have a kind of lordship over the earth, are God's viceroys in creation." (Wolters, 14)

Grimmond then goes on to observe that the cultural mandate is "almost entirely obliterated by the fall." It's true that the material and noetic effects of the Fall are devastating, but this comment exaggerates the category of the Fall over the categories of Creation and Redemption. Grimmond then argues that Jesus is the fulfillment of the Cultural Mandate. In effect this theological move isolates the Gospel from the rest of creation and culture.

A common accusation of Christianity's opponents is to say that the Bible doesn't speak to a particular topic, of that Jesus wasn't concerned with it therefore Christians should not concern themselves with it. This line of reasoning is a close cousin of Grimmond's next step in talking about work and vocation: "there is a very real ambivalence about the significance of human labour in the Scriptures." He argues rightly against the view that because God made work, it's merely good in and of itself. "Work is not an automatic good because it is created by God" But both Grimmond and the argument he is opposing miss God's metanarrative and miss the way in which, vocation and all the structures of creation fit inside God's larger story. Because Grimmond has narrowed the boundaries of Scripture's relationship with Culture, all that's left is a 'work at whatever you like but don't steal the stationary approach.' For example Grimmond writes: "As far as I can work out, the only career paths clearly rejected by the Bible are thievery and prostitution (and the second of those only by inference)."
Email ThisBlogThis!Share to TwitterShare to FacebookShare to Pinterest
Labels: Christ & Culture, Worship
Newer Post Older Post Home