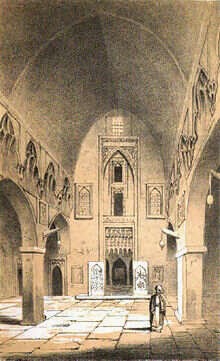 The crash of MH17 and the war in Gaza is currently catching most of the media attention. A little while ago however, global attention was focused on north-western Iraq as the ISIS (Islamic State in Syria and Iraq, now called the Islamic State) swept through the Sunni areas of north-western Iraq from their bases in eastern Syria, overturning Iraqi sovereignty in a few short weeks and everything that had been gained by nearly a decade of American intervention. The Islamic fighters are building on their gains from the Syrian civil war and continuing an old Sunni-Shia conflict. There's lots of diplomatic activity around putting an end to the fighting in Gaza, giving the Islamic state time to consolidate it's gains and turn on moderate entities in the region such as the neighbouring Kurds. Just last week the Islamic State claimed responsibility for a massive car-bombing in Bagdad targeting Shia Arabs, killing approximately 150 people.

Sadly though for the Christians living Mosul and north-western Iraq, the creation of the Islamic State, a modern Muslim caphalite is bad news. Following a strict version of Islam, they are demanding local Christians; convert, pay a large tax or die. In God's providence some are able to flee and become refugees in Kurdish controlled areas, living their homes and livelihoods behind. But it's not a pleasant exit, there are reports that the Islamic state is responsible for murder, rape and the burning of church buildings. 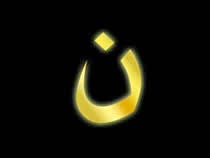 [I replaced the picture of the burning church, with a print of a church from Mosul during the 1850's, because there seems to be lots of misinformation floating around, see this report here.]
Email ThisBlogThis!Share to TwitterShare to FacebookShare to Pinterest
Labels: Islam, Kurds
Newer Post Older Post Home