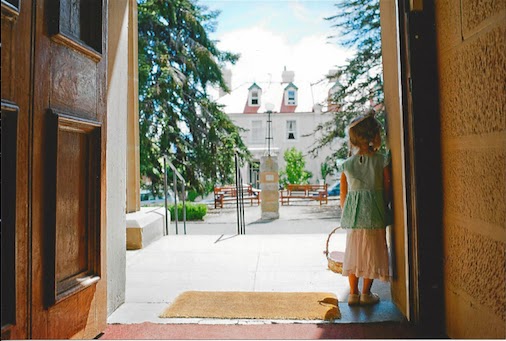 Marriage
Marriage is important, that's why it's enshrined in a civil contract. So when the government says that contract can be between whomever, do we as a denomination say, "the language of marriage is being used but the content is no longer recognisable so we withdraw from the state arrangements and make our own"?

Presbyterian Church
This is what the Presbyterian Church is in the process of considering at the moment, with Rev Campbell Markham arguing strongly for withdraw if the Marriage Act is changed.  His main argument is that participation is voluntary so we should withdraw in order not to be associated with something that isn't recognisable as marriage, traditionally understood.

We should withdraw
In a sense we already have separate arrangements and make the civil aspect part of a Christian marriage both to encourage human flourishing in a shared society and as way to protect the couple. On the one hand I don't want to be on the wrong side of history and send an ideological signal that marriage can be whatever you want it to be.

Maybe we shouldn't withdraw?
However I wonder if abandoning the civil contract is wise. I wonder if the risk of being associated with something wrong outweighs the benefits of protecting marriage with a civil contract? We already associate with lots of things that are wrong for example our taxes keep refugee kids locked up and help subsidize abortions through Medicare. Campbell argues being a Marriage Celebrant is voluntary, but I can choose not to pay my taxes, buy sweatshop clothing or vote. Humanly speaking it's possible (maybe very costly) to disassociate yourself from most evil (except your own) but you end up living like a hermit!

I'm also worried about the cultural patterns here of separation from culture instead of involvement with culture. This is an old debate going back to Augustine, do we say an oath to the emperor with our fingers crossed behind our backs, or run to the hills and stay pure? Christians in dangerous places have to keep the heads down and not draw attention to themselves while drawing and maintaining private distinctions, the alternative is, eventually to become a martyr.

Too little too soon?
I wonder also if proposing withdrawal is taking a shortcut and a bolder more immediate step would be as denomination; to create a legal defence fund for our ministers and stay in the Marriage Act and the debate until the last possible moment. This might be wiser because the debate itself is changing. In many ways it's now about gender itself and it may matter little whether we stay in the Marriage Act or not.  I think I'll be arguing for a statement about a defence fund and gender, unless I can be convinced otherwise.