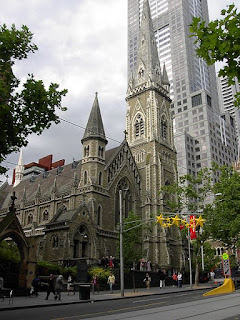 If the Presbyterian Church of Australia withdraws from a changed Marriage Act and adopts Ecclesiastical marriage, we will have to create extensive guidelines for the following issues:
However if the Presbyterian Church withdraws from a changed Marriage Act and adopts the 'European model', were a couple is sent off to the registry office to get married, we'll have to come up with a coherent and non-embarrassing way to explain why we're being inconsistent. Because on the one hand we will be saying the clergy shouldn't be associated with a changed Marriage Act but on the other hand we will be saying we are happy for the laity to sully themselves by getting married at the registry office. We'll need a succinct way of explaining this inconsistency.