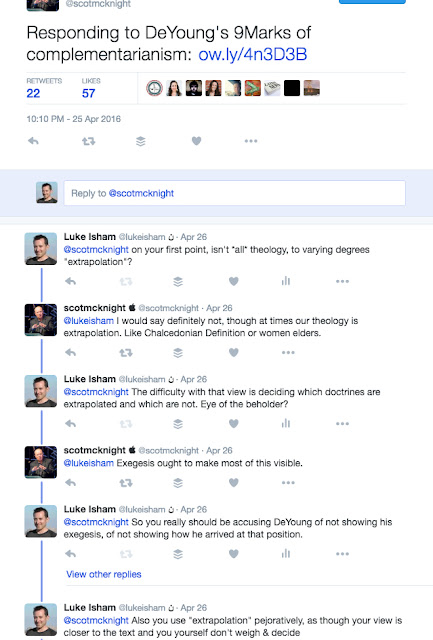 They're both guilt of the same fallacy, but from opposite sides. The fallacy from both directions is this.

The 'I'm closer to God than you are fallacy.' (McKnight)

The 'I'm not a fundamentalist fallacy.' (Bird)
(Additionally it's really cool that McKnight responded on Twitter. :-) I'm using him here as an example, sort of like a proof-text.)