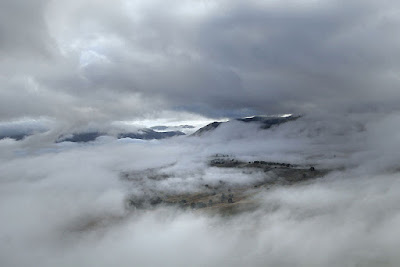 First Things and Themelios have both recently featured extensive discussions about Genesis, creation and Adam.  It's an important topic and as long as there are Christians the debate will never go away. There are roughly three groups within Christianity when it comes to Genesis, Creation and Adam.


What I'm outlining below are some guiding thoughts from my perspective for the discussion.

I think it's helpful here to mention 'Intelligent Design'; the idea that patterns in the world point to a divine designer. As long as you keep Evolution away from metaphysics, it's a useful theory but to say the world is essentially chaotic and meaningless undermines both Scripture and science.

In 1654 Bishop Ussher calculated the age of the world based using the ages and genealogies of Genesis, putting the creation of the world at 4004 BC. Ken Ham founded the organisation Answers in Genesis (He also founded the break away group Creation Ministries International who produce the popular Creation magazine.) who argue against an old earth and Evolution.

I think it's important to untangle Bishop Ussher and the age of the world from Ken Ham. The problem here is that Answers and Genesis and Creation Ministries go far beyond the age of the world and the merits, or otherwise of Evolution. Is it the place of this particular para-church organisation to shape so much theology? Without a doubt Genesis, Creation and Adam shape our theology, more on that later, but what makes them prescriptive?

The historicity of Adam is the scene of some of the most recent and fiercest discussion.


"In the Christian tradition, the human problem is referred to as sin, blamed on Adam, and said to be present in us all through the inheritance of original sin. Scientific advances have made such a viewpoint no longer tenable, and we must learn to get along without the notion that we inherited sin from Adam. There is no original sin, and there was no original sinner." (Karl Giberson, 'Adam or No Adam, We're Still Original Sinners', First Things)

" The incarnation and redemption were necessitated by Adam's ruinous disobedience of God (Rom 5:12, 16). Notice the redemptive-historical logic. Adam, through whom we became sinners, sinned in history; Jesus Christ, through whom we have justification, brought salvation in history. "The two truths or facts by which all of Christian dogmatics is governed," remarked Herman Bavinck, "are (1) the fall of Adam and (2) the resurrection of Christ" (Reformed Dogmatics 3:38). The tapestry of salvation history extends between Adam and Christ; take away Adam and the whole thing unravels." (Hans Madueme, 'Death of God by Poison', First Things)

As a way of observing, interpreting and building the world, science is a useful and interesting tool. On one side the danger is metaphysics, we must be careful to untangle Naturalism, the view that 'this is all there is' from the doing and explaining role of science. The other danger is religious authoritarianism, certain lines of inquiry or conjecture become taboo, turning a legitimate empirical inquiry into a theological problem.