Premier Andrews forces us to think about Christ and Culture 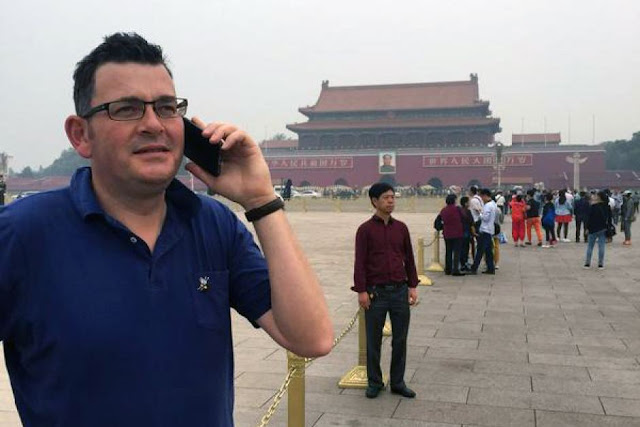 So the aggressively progressive Premier of Victoria, Daniel Andrews is still trying to get his Equal Opportunity (Religious Exceptions) Bill 2016 through the Legislative House (Update: it was narrowly voted down) and into law. Basically the law forces religious organisations to prove that a religious confession of faith is an "inherent requirement" to be employed by a Christian organisation. (The law's logic is bizarre, you have to employ someone with the opposite values of your organisations in the name of open-minded tolerance!?) It's unclear if Andrews is simply securing his political left-flank to prevent more progressive parties gaining a foothold or if he is a genuine ideologue.

But the introduction of this law highlights an important aspect of how modern Australian evangelicalism views the relationship between Christ and culture. Many (some?) evangelical Australian leaders would say "the gospel does not change everything". This is based on the idea that the "ministry of the word" (Acts 6:4) is primary, and that the sermon is the central focus of the service. Therefore making this activity and role primary, and everything else secondary. Unintentionally this coincides with our culture's focus on specialisation and professionalisation, the pastor becomes the gospel specialist. So apart from the chaplain who else would need to be a Christian at a Christian school?

Now, apart from belonging to Jesus, what else really matters, in the end? The gospel is central to life and faith. Also specialisation can be useful. Now i've blogged before about the seven big ways the gospel changes culture (ethics, purpose, patterns, pictures, boundaries, occasional details and the meta-narrative). Note that I'm not arguing for an extreme Christian presuppositionalism, crudely: 'that only the things a Christian sees exist'. Aerodynamics, a creation trope, is useful for both Muslim and Christian pilots. But the big story you belong to ultimately and intimately changes everything. Otherwise ironically in an effort to elevate gospel preaching we narrow and diminish it, application is truncated, the scope of Biblical history becomes lopsided and we are unequipped to handle the madness of Daniel Andrews.