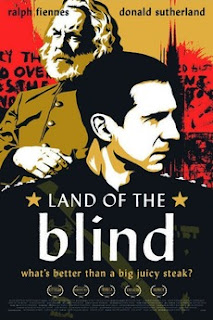 Critical Theory is about identifying and challenging the dominate hegemonic discourse. It turns useful analytical tools into an ideological system. The key components of Critical Theory are the oppressed, the oppressors and the system the oppressors use to crush and control the oppressed. Critical Theory is about the present.  It lacks an origin story beyond the fact that oppression has a past and it lacks an imagined future beyond the fact that there should be less oppression. In a way it's the magnification of a good psychological trait, our sympathy for the victim, into a political system with far reaching consequences. Previously Marxism sought to identify and overthrow the class-system. The wealthy and the political elite were the oppressors. Now the remit has grown, and categorising the different forms of oppression has become more complex. Intersectionality is a way of describing and ranking oppression. Finally Critical Theory has a revolutionary bent, the dominant hegemonic discourse shouldn't just be discussed, it needs to be dismantled. Which means the core currency, the underlying fact of Critical Theory is power. Taking power from the oppressors and giving it to the oppressed. Which makes the film Land of the Blind (2006), a brilliant prophetic portrait how of what a world dominated by Critical Theory might look like.

Land of the Blind (2006)
Scott Alexander over at the Slate Star Codex describes how the New Atheism morphed into the current Social Justice movement. (The Social Justice movement, with its laudable desire to prevent oppression is the popular vanguard of Critical Theory.)  Fight Club (1999), Collateral (2004) and Dark Knight (2009) were a cinematic portrayals of Nihilism, the final destination of New Atheism. Those three films are cinematic portrayals of world in which God is dead. However to loosely paraphrase Lord of the Rings, the world has changed. Critical Theory is the new paganism (the new expression of the default human setting). Land of the Blind (2006) a British film made during the era of post-modernism correctly identified the threads of Critical Theory, which Scott Alexander argues were emerging during that period. The film is remarkable is the way it portrays the mechanism of critical theory. A dominate group uses propaganda to subjugate the oppressed. However their victims, the oppressed respond with their own system of propaganda and eventually and violently overthrow the oppressed, but [spoiler] become the oppressors.


A Caution and Evergreen College
Critical Theory shouldn't be confused with things like the Civil Rights movement or a milder broader Social Justice movement. The world is broken and needs fixing. The trouble starts when specific campaigns or discussion become ideological. Ideology requires an allegiance, and sometimes drastic steps to implement it.  Ideology changes the way you see the whole world rather than a specific idea to fix a specific injustice. Ideology itself can be either good or bad - depending on its content, but as a human race we haven't figured out how different ideologies co-exist harmoniously. The difficulty as with all ideas lies in the application. If Land of the Blind is an imaginative exploration of Critical Theory then the Evergreen College incident of 2017 is a real life unintended sociological experiment of what Critical Theory looks like applied to real life.


A Christian response
Tim Keller used to have a cheeky rejoinder to post-modern types. Roughly: If you assert there is no truth, how do you know that assertion is true? This is why the post-modern project was a dead end. Nihilism is unsustainable as that trio of films above so perceptively illustrate. The difficulty with challenging Critical Theory is its immediacy, history and eschatology are irrelevant. The other challenge is its powerful psychological component. Once humans were good, and that ability to sympathise with victims lingers in our subconscious. So it feels counter-intuitive to challenge an ideology that is officially about removing oppression. These are my two suggestions for Christians.