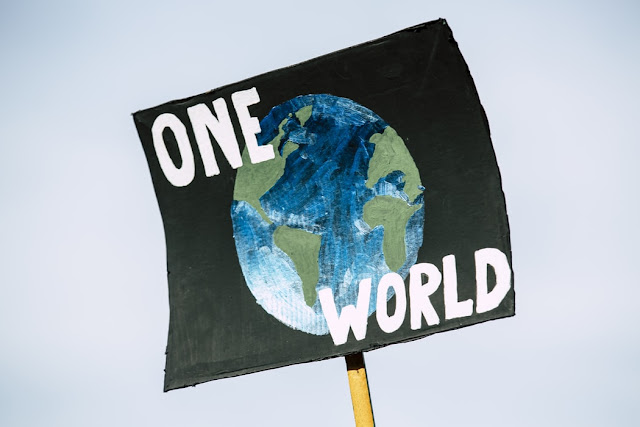 Correlation
There is a correlation between increasing CO2 (and other greenhouse gases) in the atmosphere and increasing global temperatures. There is a precedent for this type of correlation = For example the Ozone Layer Hole and the Montreal Protocol.
Consequences
A small but consistent and global increase in global temperature would have a negative effect on human flourishing.

However what's difficult is:

Risk
How do we evaluate the likelihood and consequence of an event?


Solution
If Climate Change is a serious risk then we need a solution, but one that doesn't remove our collective ability to respond to other serious risks. Our approach to finding and implementing the solution should include the following aspects:
[photograph from unsplash]
Email ThisBlogThis!Share to TwitterShare to FacebookShare to Pinterest
Labels: Climate Change, Ecology
Newer Post Older Post Home