Should you boycott the Oxford COVID vaccine? 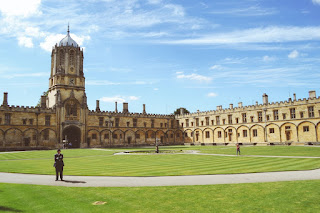 There is a valid moral argument for boycotting the Oxford COVID vaccine. Converging cultural changes and the pandemic have created a dark moment in history and so we're on the look out for some good news. Maybe a vaccine is that news? However the Anglican Archbishop of Sydney along with his Roman Catholic and Greek Orthodox counterparts have released their letter to the Australian government raising concerns about the Oxford COVID vaccine, because it was developed using a cell line taken from an aborted girl in the 1970s.

A valid moral argument for boycotting the Oxford COVID vaccine

Firstly, alternative COVID vaccines exist and some of those alternatives are being developed without using foetal tissue.

Secondly, the basis for a boycott is legitimate. Archbishop Glenn Davies suggests two reasons Christians may have a conscientious objection.

Some will have no ethical problem with using tissue from electively aborted foetuses for medical purposes. Others may regard the use of a cell-line derived from an abortion performed back in the 1970s as now sufficiently removed from the abortion itself to be excusable. But others again will draw a straight line from the ending of a human life in abortion through the cultivation of the cell-line to the use for manufacturing this vaccine; even if the cells have been propagated for years in a laboratory far removed from the abortion, that line of connection remains. They will be concerned not to benefit in any way from the death of the little girl whose cells were taken and cultivated, nor to be trivialising that death, and not to be encouraging the foetal tissue industry.

You see both reasons for a conscientious objection in the last lines of that quote. Christians may be thinking about their possible complicity with abortion if they take or support the vaccine:

They will be concerned not to benefit in any way from the death of the little girl whose cells were taken and cultivated, nor to be trivialising that death.

Complicit because the abortion took place within living memory, it's now public knowledge plus we have the ability to abstain from it's consequences. Christians may also be concerned about supporting the foetal tissue industry:

... and not to be encouraging the foetal tissue industry.

Additionally, this moment in history offers us an opportunity to highlight and oppose the dark practices of the foetal tissue industry.

Let's be clear about a couple of terms before we go any further. A vaccine uses a fragment of the original disease to stimulate an immune response but can be developed in a number of different ways. I'm using the Oxford COVID vaccine as a synecdoche for a subset of COVID vaccines that were developed using cell lines taken from foetal tissue. The foetal tissue industry is not a topic that's been discussed much since the Stem Cell debates at the turn of the century. It is a murky part of the “medical-industrial complex” that commercialises the bodies of aborted babies. The New York Times, not a notable anti-abortion newspaper observes:

Scientists at major universities and government labs have quietly been using foetal tissue for decades.

To put it more bluntly, the foetal tissue industry benefits from abortion.

However here's an objection to this argument. What if foetal tissue industry provides medical benefits? Dr Denise Cooper-Clark raises that objection:

Fetal tissue research, in fact, holds the potential to save lives through the development of new treatments and vaccines. Politicising scientific research in this way means denying hope to millions of patients with life-limiting diseases.

But her objection is based on the end justifying the means. It is not consistent with the Christian narrative. The Christian narrative is about the both the journey and the destination, about both our actions and our status and about both the means and the ends. We choose not encourage the death of a few in order to save many. It is also inconsistent with who God is and how God saves. Only the son of God is able to be killed in order to save many, we cannot make that calculation about human life without corrupting ourselves.

Along with that objection there was sadly a recent obfuscation from the DCMO Dr Nick Coatsworth. In response to the Archbishop's concerns he said:

There are strong ethical regulations surrounding the use of any human cell, particularly foetal human cells.

Part of the conscience question facing us is whether using this vaccine, or this cell line, rather than other options, props up, or justifies, a system that should be torn down.

A system like the foetal tissue industry, which itself is part of the massive powerful medical industrial complex, needs to be challenged. Which makes a boycott an appropriate response.

At this point there is a different objection. This time voiced by Michael Jensen:

Why this one? If we are to be alarmed at this one, then what are we to do with all the others?

In other words, why make a fuss about this vaccine when we know other standard childhood vaccines are developed using foetal cell lines? Because this is a unique opportunity. There is an intense public focus on finding a vaccine and there are alternative vaccines under development.  The Oxford COVID vaccine offers those whose who have a conscientious objection to the foetal tissue industry and its role in other vaccines a unique opportunity to oppose it.

A boycott is also appropriate moral action because it is consistent with the pattern we see in Scripture. Key figures choose significant moments to oppose moral evil. For example Daniel, Esther and John the Baptiser. A boycott is a form of opposing evil and strikes the balance between opposing the foetal tissue industry while also protecting the communities we live in.