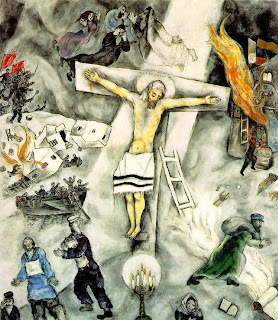 In The Work of Christ, Robert Letham writes this about limited atonement and it's alternatives:

Effectively, four positions of substance are clear, within which there may be varying nuances discernible. In the first place, there is universalism. This is the assumption that Christ died with the intention of atoning for all people without exception and that the outcome of his saving work is that all without exception are saved. Thus, God's intent is achieved. The intent is identical with the result. ...

Secondly, the view of Arminius and those who followed him was that Christ died with the intention of saving all people without exception. Not all however, are saved. therefore , he did secure an actual atonement on the cross but rather underwent a provisory suffering for all which is ratified by believers when they trust in Christ at conversion. ... The intent of the atonement is not secured, since all people without exception are not actually saved. ...

Thirdly, there is the view known as limited atonement. The modifier was used to indicate its claim that the efficacy of the atonement was limited to the elect. In short Christ died with the intention of atoning for the elect only. As such, intention and outcome are in harmony, but in contrast to universalism, account is taken of the fact that not all will be saved. ...

Fourthly, with the French theologian, Moyse Amyraut, there arose the idea which became known as hypothetical universalism. Amyraut maintained that Christ died for all without exception. God in his foreknowledge, however, recognizing that all would not trust Christ, decreed to save a certain number. ... The intent of the atonement thus differs from the application of salvation.

Universalism while being a lovely idea doesn't match either the overall biblical story line or individual verses very well. Arminianism elevates human will at the expense of divine sovereignty, making the work of the atonement conditional on how an individual responds. Limited atonement struggles with those passages that on a surface reading seem to imply universalism but I believe is the best option. Finally this is Letham's comment about the Amyrauldian position. (Which is also Driscoll's, thus proving that Driscoll is human because even he can get something wrong.) "Again, since Christ dies with the intention that all be saved, his death is not the suffering of divine wrath against the sins of his people." The atonement of Jesus for our sins, is as it is intended by God, powerful and effective.