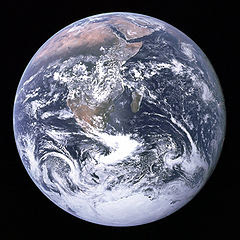 I've been churning it over in my mind for a little while.  One of my colleagues thinks it's legitimate for Christians to be concerned especially if they are spurred to improve their God ordained stewardship of the planet.  As you could probably infer from previous posts I'm concerned by the pseudo religious aspect of Global Warming. I'm not against being more sustainable and having less pollution but I also think population growth is good.  People need food, shelter, medical care, books, security and communication all of which require varying degrees of carbon.  I also resent being told accept the science as done and dusted, especially after reading some dissenting scientists.  Then there was Climategate, which I couldn't get out of my head.  As Phantom says, "for those who came in late;" Climategate is the release of a number of (some bloggers have been adding "illegally", but isn't that tautology?) hacked emails from the University of East Anglia Climate research unit, who produce the data used in United Nations climate graphs.  The emails revealed an unpleasant lack of objectivity and 'group-think' about the use, interpretation and publication of climate data (some dismiss this as "shop talk" but it isn't just the appearance of objectivity that is important).  Obviously since God invented the climate, it's been changing, the question is, has human produced carbon caused the globe to warm up?  I start to get lost here in the data, it's reliability and interpretation, let alone being able to evaluate an appropriate course of action.  What I am clear about is the lack of consensus and the subjectivity of the 'global warming' drive.  The Climategate emails are from a relatively small group of experts doing important research.  It's an illuminating shock to work your way through the whole mess.

Someone put the whole Climategate thing together into a massive linear chart, worth browsing through here.
Email ThisBlogThis!Share to TwitterShare to FacebookShare to Pinterest
Labels: Remarks
Newer Post Older Post Home