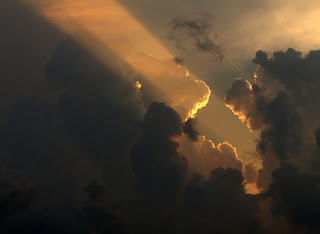 The continuing debate about justification came to interesting junction recently with the annual meeting of the Evangelical Theological Society (ETS) in Atlanta, Georgia. The focus was justification, and Tom Wright was one of the speakers to present a paper along with Tom Schreiner whose paper was written in response.

There is a fairly through and even-handed overview at this Gospel Coalition blog by Colin Hanson.  There is also a fair amount of comment on the theological blogosphere (see for example First Things' roundup) about the ETS event, Wright's thesis and Schreiner's response.  Blogger Denny Burk was amoung the more provocative, noting that Wright had either changed his mind about the place of works in a believer's life or was being dramatically inconsistent. His blog posts are notable because Tom Wright himself weighs into the comments, although in my opinion it boils down (again) to Wright, and others, saying "I'm being misunderstood."  However Burk has a point and as Carson has pointed out elsewhere, Wright is often difficult to pin down.

Perhaps more constructive is Schreiner's paper in response to Wright.  It's definitely worth reading, beginning with his points of agreement with Wright before proceeding to a very lucid critique of Wright's view of justification.  Justin Taylor has distilled them into these three points:


Most significantly I was most struck by Wright's view (as he was recorded saying in the roundtable discussion after the papers were presented) that sanctification wasn't very important to the Apostle Paul because it wasn't included in the 'Ordo-Salutis' of Romans 8:30.  The more I think about the doctrines of Grace the more I see the significance in God helping us kill sin and make us more Christlike by the power of the Holy Spirit, a process that seems conceptually and systematically separate to justification.