Road testing the 'concept of inerrancy' 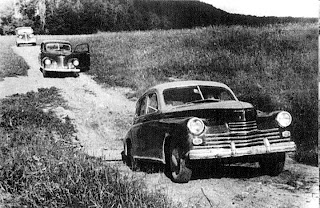 Let's take my new way of understanding inerrancy out for a road-test.  I'm following Keller's line that the it's the concept of truth and authority that is more important than bedding down exact definitions of inerrancy and that is also a better way than a doctrine of errancy.

31 He put another parable before them, saying, “The kingdom of heaven is like a grain of mustard seed that a man took and sowed in his field. 32 It is the smallest of all seeds, but when it has grown it is larger than all the garden plants and becomes a tree, so that the birds of the air come and make nests in its branches.”


It [the mustard seed] is the smallest of all seeds,


I like this example alot because it's something Jesus said which heightens the stakes, and it's also very specific. The traditional interpretation has always been that the Bible is true and authoritative and even faced with this difficulty there is no reason to depart from that interpretation.  But you don't need Chicago-inerrancy to say, whatever is happening in that verse it's not an error.  It could be hyperbole or it could be that Jesus' statement is qualified by the preceding statement, seeds sown by his historical audience.  By just saying "it could be ..." we're defending the truth and authority of Scripture and I'm happy with that and I think most of my readers would be as well.

Interestingly there wouldn't be many problems with a limited-errancy position here either, they would say Matthew 13:32 belongs to category x errors found in Scripture which exist for divine reason z.  You might disagree and I think I would but this position would still exist within the broader idea of Scripture being true authoritative, these folks would just be adding a tightly defined caveat.

The final alternative is disastrous, because it says that may look like an error but the whole passage could be white-anted with errors, we just haven't discovered them yet.  As I've pointed out earlier on and off line the philosophically relatively required to hold such a position is unpalatable. I don't mean to stifle discussion by that statement, just to be clear.
Email ThisBlogThis!Share to TwitterShare to FacebookShare to Pinterest
Labels: Bible
Newer Post Older Post Home