I can't see an alternative to the concept of 'Inerrancy' 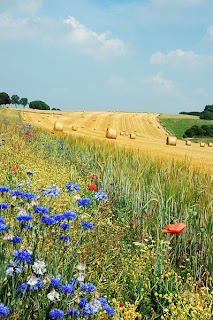 Jon from the Painting Fakes blog outlines in several posts his difficulties with 'Biblical Inerrancy' as articulated by the framers  of the Chicago Statement of Inerrancy.  Although Jon and I have a couple of different presuppositions, he doesn't have a liberal axe to grind, and so his difficulties are worth mulling over. Chicago-Inerrancy (if I may coin that phrase) wants to see every biblical detail regarded as individually true and therefore contributing to a larger coherent and true whole.  Jon has essentially two main difficulties, the first of which is, what if some of those details are problematic?  Secondly Chicago-Inerrancy would take Genesis 1-11 as accurate in describing the beginning of the world,  and Jon wonders what we do with contradictory scientific information.

I blogged earlier about the possible alternatives to inerrancy and wondered about the alternative argument errancy, the presence of errors in Scripture.  Some of the commenters said this is the wrong question to ask, that we should be asking about the nature of the bible and truth.  I've thought alot about that since then and and think that this is the best way forward, possibly disagreeing with both Jon and Chicago-Inerrancy in the process.  I've returned to Tim Keller's remarks (about 5 min into this video) at a symposium about the nature of Scripture.  But one bit more of context, delving deeply into this topic requires a fairly sophisticated level of philosophical understanding about defining communication, truth and genre.  This isn't to say we can't talk coherently and succinctly at the level of a blogpost, it would be reductionist to say otherwise and betray the whole of idea thinking carefully!  But back to Keller, he says: "if I say to any layperson I believe in the authority of the Bible but not the inerrancy of the Bible, they're going to say what's the difference?"

The thrust of Jon's discomfort with inerrancy is observing the difficulties in bedding down a statement about Scripture in our particular cultural context where we assume science, communication and truth have meanings peculiar to our historical milieu. But the fascinating and ultimately disastrous problem with errancy is that it suggests Scripture is a field sown with truth and error for reasons that are not clear and in such a way that the wheat and the weeds are indistinguishable!  I could possibly accept an errancy that said there are these x or y types of errors in Scripture for w or z divine reasons.  However the former alternative requires  a complete suspension of being able to know anything with any certainty, and I can't accept self-affirming relativism.  But Keller takes us out of this cul-der-sac, he says let's affirm  the truth and authority of Scripture without getting bogged down in exact definitions, in other-words lets allow the concept of biblical truth and authority transcend cultural presuppositions and historical contexts.  So that's where I want to go with inerrancy, let's defend the concept; Scripture is true and authoritative.
Email ThisBlogThis!Share to TwitterShare to FacebookShare to Pinterest
Labels: Bible
Newer Post Older Post Home