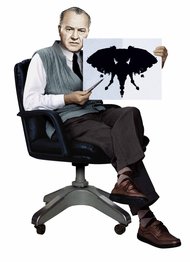 A recent article from the New York Times about the possibility of a politically-liberal bias among social scientists reminded me of a pattern I've observed in arguments on and off line over the years.  Eventually the argument will reach some-sort of foundational issue or boundary where the matter turns on the bias/assumptions/worldview of the interlocutors.

In this particular article, 'Social Scientist Sees Bias Within', the author, John Tierney, notes that political liberalism was becoming the dominate moral framework of the majority of social scientists.  Interestingly he notes how bias can effect research:


“If a group circles around sacred values, they will evolve into a tribal-moral community,” he said. “They’ll embrace science whenever it supports their sacred values, but they’ll ditch it or distort it as soon as it threatens a sacred value.”  It’s easy for social scientists to observe this process in other communities, like the fundamentalist Christians who embrace “intelligent design” while rejecting Darwinism. But academics can be selective, too, as Daniel Patrick Moynihan found in 1965 when he warned about the rise of unmarried parenthood and welfare dependency among blacks — violating the taboo against criticizing victims of racism."

Clearly there can be more said about the way a person's bias or the assumptions of the group they belong to can affect their arguments but often I find people assume they are operating without bias from a neutral worldview.  I'm not suggesting a degree of limited neutrality cannot exist but it's odd that it seems a widely held view that one's own view/interpretation/explanation is without bias and free from underlying assumptions.  I believe admitting we have biases and then identifying them is a good thing!