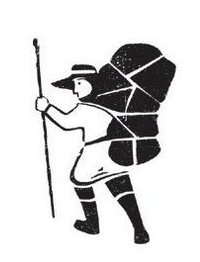 We formed the Pilgrim Hill Association on Saturday 30 July, 2011.  I'm one of the founding members and the secretary of the committee.   Pilgrim Hill, to loosely paraphrase the Phantom, for those who came in late, will be a Christian hostel nestled in the foothills of the Mount Wellington and overlooking Hounville, Tasmania. It'll be a sort of bush L'Abri, a place for both regular travellers who'd like to stay somewhere a  little exotic and a haven for spiritual travellers who'd like have to a discussion over a meal.  The plan is also to have an Artist residency which will include accommodation and workshop space.  Peirce and Christina Baehr will be the first managers of Pilgrim Hill and will live onsite. They'll report to the association whose membership is open to anyone who supports the ethos of Pilgrim Hill.  We're about to contract 1plus2 Architects to build a self-sustaining complex on the hill and now have the ambitious task of raising the funds to build the hostel and begin operations.