Judaism is far from monolithic, there are several different denominations and various shades of belief. For example while at the Western Wall I saw groups of Orthodox Jews swaying together in prayer (a way of keeping the rhythm of their chants) fully kitted out in their old-world coats and hats. While other groups of casually dressed men (the wall is segregated into sections for men and women) marked their observance by wearing a kipper while praying. These photos give you a brief idea of Judaism in modern Israel as it appears to the observer. 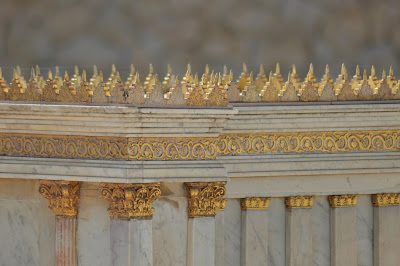 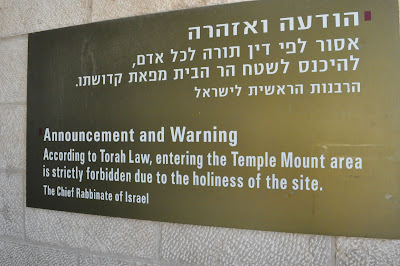 Above a picture of a model of the Temple (at the Israel Museum) and below a sign at the Western Wall. 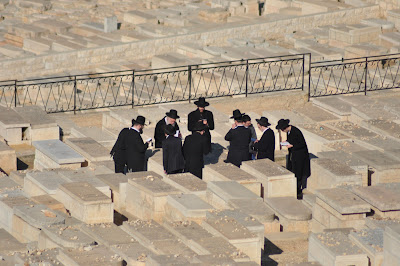 A group of Orthodox Jews praying next to someone's grave on the Mount of Olives. 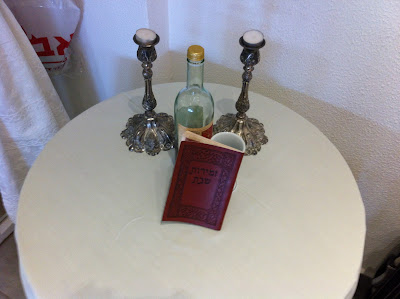 Friday evening (the beginning of Shabbat) was marked (to varying degrees) at all the places we stayed, for example here at a Kibbutz by the Galilee with these candles, bottle of wine and prayer book. 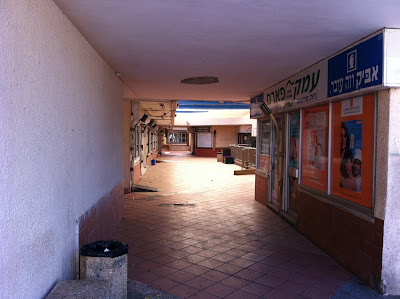 Most of Israel (we didn't go to Tel Aviv) shuts down for Shabbat, reminds me of Hobart on a Sunday night. 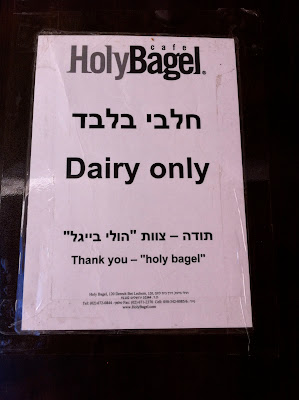 In some places the Kosher laws are taken more seriously than in others, for example here's a sign from the Jewish quarter of the old city. 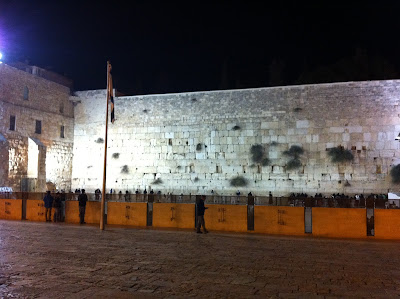 The Western Wall is the focal point of much of Judaism, partly for its symbolic value, it signals the survival of Judaism and partly because it's the closest point to where the Temple once stood. 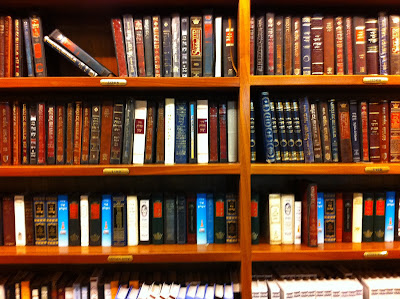 A section of an open library of prayer books by the Western Wall, if my Hebrew was good enough I could've just picked one up and joined the crowds at the base of the wall. 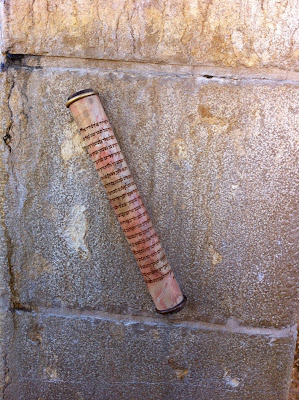 In most places, there's a tiny copy of the Pentateuch tucked inside a small canister (their format varies considerably) on the inside of a doorway. This is a slightly larger one from inside Jaffa Gate.