A Christian in Israel: a mixed experience

When I travelled to the Middle East at the end of last year I experienced Israel as a Christian Zionist. (In other-words a Christian who supports the historical establishment of a nation state for the Jewish people and it’s continued existence.)  The trip was organized through Ridley Theological College and included a day trip to the Bethlehem Bible College, site of the recent ‘Jesus at the Checkpoint’ conference. The principal and his brother a Palestinian pastor from East Jerusalem (his description) gave us slide show presentation, the essence of which was: “if you care for the Middle Eastern Church you care for the Palestinian political struggle for self-determination.”  We were given copies of the slide show and I’ll blog through it some day but for now I want to reflect on Christians in Israel. 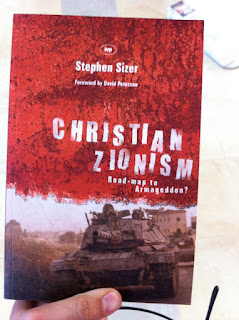 One of the expressions in Israel is that “everyone is a minority.” Christians are no exception. While the country is carpeted in historical sites, there are a notable number of Christian sites, generally the locations of where it’s generally agreed a Biblical event took place. So at each of these places there’s a cluster of church buildings and occasionally a monastic compound. This generally but not always obscures any remaining archeology.  So it becomes a bit of a tension between being at the actual place where something occurred or mediating on Scripture in pleasant (or occasionally not so pleasant) surroundings. 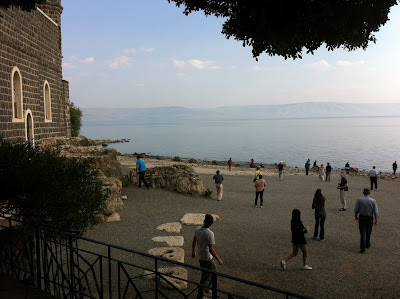 Most of the main sites with a couple of notable exceptions (Eg Bethlehem and Church of the Holy Sepulchre) are run by the Roman Catholics, mainly the Franciscans. Protestants are generally represented by tour groups and the (non-denominational *cough Anglican*) Garden Tomb site. What’s often disconcerting is the iconography, as a Protestant in a very Protestant tour group, lead by a Jewish tour guide it was very alien. 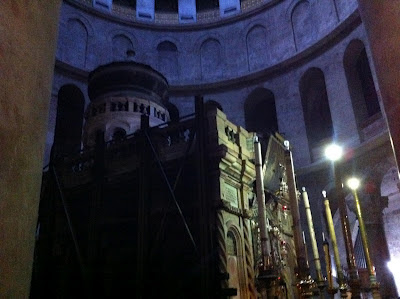 One of the most confronting sites was the Roman Catholic Church Basilica of the Annunciation in Nazareth. We’d just toured a fascinating first century reenactment village complete with first century winepress and heard a talk from a young evangelical Christian Israeli Arab (his own description) when we arrived at the church building. It was architecturally magnificent and filled with beautiful three meter high pictures of Mary from countries around the world. 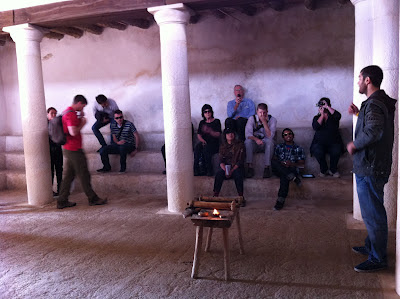 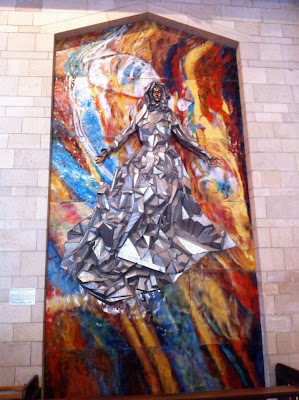 One of the best Christian sites caught me by surprise, We were following the Via Dolorosa and stopped at the church of Gethsemane at the foot of the Mount of Olives. It had been deliberately designed to capture the mood Jesus praying at Gethsemane. You step out of the dusty hot Jerusalem sun into Tolkienesque room, with pillars representing trees, a night sky painted delicately on the roof. 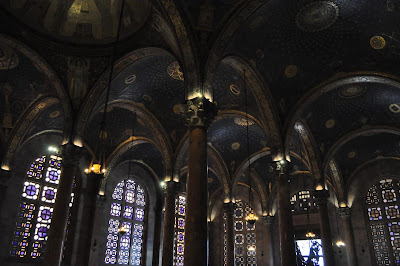 The second Christian site that I found very moving was the Christ Church compound, site of the oldest Protestant Church inside the old City. The building was simple and pleasant but the  congregation was an interesting mixture of internationals and local Jews and Arabs.  The director of CMJ-Israel (which runs Christ Church) Don Stanley showed my friend and I around and described some of the organisation's work. They have run several schools, support several Messianic Jewish congregations and have a bookshop and an information centre as part of the Christ Church compound. 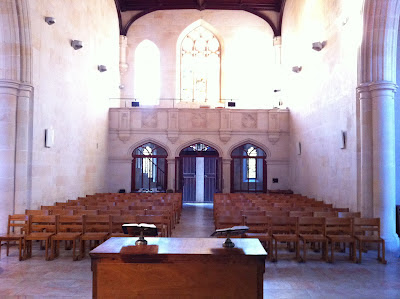 [From the top: a title from the Bethlehem Bible College Bookshop, on the shore of the Sea of Galilee, inside the Church of the Holy Sepulchre, at the Nazareth re-enatceent village, inside the  Basilica of the Annunciation, inside the Church of All Nations and inside Christ Church, Jerusalem.]
Email ThisBlogThis!Share to TwitterShare to FacebookShare to Pinterest
Labels: Israel
Newer Post Older Post Home