The Trinity = Speaking truthfully about God from the Biblical evidence 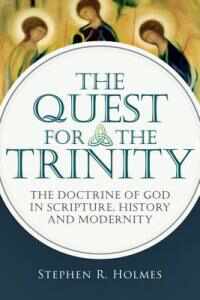 Credo Magazine has dedicated their latest edition to the topic of the Trinity. Here's an excerpt from an interview with Stephen R. Holmes, author of the recent Quest for the Trinity.

You make the argument that the great pro-Nicean defenders of the Trinity, Basil of Casarea and Grego-ry of Nyssa, were more concerned about finding a “grammar” rather than a “logic” for the Trinity. Could you explain the difference and the difference it makes?

[Bolding mine, weird formatting because of cut and paste job from a PDF.]