The Cultural Mandate: a response to Paul Grimmond 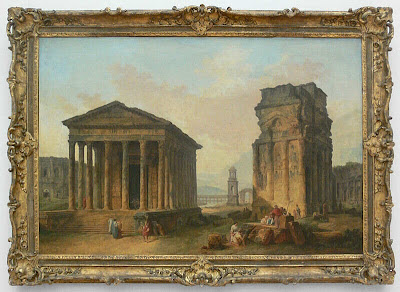 At the Briefing Paul Grimmond has started a short series on the "Cultural Mandate." Here are some of my remarks. In some ways it's an internal Calvinist/Reformed debate, the contours of which are amusingly described over at this blog. I'm not entirely sure where Paul is going with it and although I suspect I may end up disagreeing, he's made some good comments along the way. The post seems to be coming from within Two Kingdom perspective, for example Paul invokes a distinction between secular work and gospel work: "And finally, into the midst of all of this, if our purpose is to speak biblically and Christianly about work, we enter yet another minefield. Is there a distinction between ‘gospel work’ and ‘secular work’? Is all work the same, and does it always glorify God?" There are echoes of Paul's line of questioning in the awkwardness surrounding the phrase "full-time ministry" as though there were persons or areas of life exempt from ministry.

Paul argues the Cultural mandate isn't mentioned outside Genesis 1 and Psalm 8 and is fulfilled in Christ 's lordship anyway. About midway he makes this comment:


"But for Augustine, and even more so for Luther, the status and task of ruling was something that was given to Adam and Eve but almost entirely obliterated by the fall. While they would agree that we have a limited power over the birds and animals, they would contend that most of our lives in fact display our inability to rule."

This is all wrong for three reasons:


I'm not convinced capitalism is the best solution for reigning in human sinfulness or sharing resources so I agreed wholeheartedly with Paul's critique at this point:


"Rather than speaking about our jobs, the New Testament speaks to us about the whole of our lives, and calls on us to do every work as someone who is committed to the lordship of Jesus. This of course covers the whole of our ‘working’ life. But the modern obsession with our ‘jobs’ is not a biblical invention. What we do when we are paid, just as what we do when we aren’t paid, is all to be for the glory of God. If this means anything at all, then it must mean that Christians need to stop evaluating their work by worldly standards. The job that we do is not who we are. And the ridiculous gap in status, prestige and social class between the wealthy elite and the working class has no place in Christian fellowship."

I'm looking forward to the rest of the series. :-)