Jesus in the Old Testament 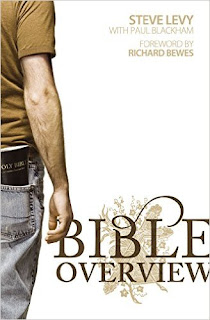 Some thoughts about finding too much of the pre-incarnate Christ in the Old Testament. Bible Overview by Steve Levy and Paul Blackham was popular amoung several of the Christian leaders in Tasmania recently. Levy and Blackham's thesis is that when you read about God described in the Old Testament, particularly in a Christophany you are reading a pre-incarnate appearance of Jesus. Christophanies are an important part of the way in which the Old Testament foreshadows Christ, however they are often ambiguous and don’t always describe the Incarnate Son directly. Furthermore, the elements of the gospel pattern and rhythm appear in Scripture before being completely revealed in the actual Incarnation of the Son. For example, it stretches even a generous understanding of sensor plenior (the idea that the Old Testament authors had access to a full understanding of how their words would be fulfilled) to say Eve knew that Jesus of Nazareth would be the man whose heel would crush the serpent. Andrew Malone of Ridley College has written recently about this in Knowing Jesus in the Old Testament? A Fresh Look at Christophanies. Malone argues that reading a pre-incarnate Jesus back into almost every major appearance of God in the Old Testament is a form of theological anachronism. While I'd attach more Trinitarian importance to theophanies in general than Malone does, his criticism of this new trend is valid. 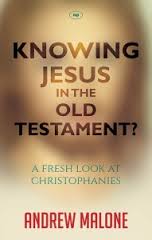 A better approach than Levy and Blackham's, would be to read the Old Testament with the Trinity in mind while being alert to theophanies, but being cautious about turning them all into full blown Christophanies. I’m happy for an occasional temporary appearance of the Son, for example Genesis 18, but not as the Incarnate Logos, Jesus of Nazareth. Just as Jesus can appear to be a lamb in Revelation 5 he can also appear to be one of the visitors in Genesis 18. However the Incarnation is unique and reading the Jesus of Nazareth into the Old Testament theophanies distorts that precious and powerful doctrine, it also flattens the triune work of God and reduces redemptive history into one cruciform singularity. I haven't thought this aspect through but I wonder what reading Christophanies as direct pre-incarnate appearances of Jesus does to the Ascension? Additionally it’s unlikely most individual passages would sustain a christophany on the scale Levy and Blackham are suggesting. I suspect that Levy and Blackham's approach comes out of an over-realised soteriology, where the emphasis on the work of Jesus overshadows His Incarnation and Ascension, and the wider Old Testament Jewish context.
Email ThisBlogThis!Share to TwitterShare to FacebookShare to Pinterest
Labels: Andrew Malone, Hermeneutics, Jesus, Paul Blackham, Remarks, Steve Levy
Newer Post Older Post Home