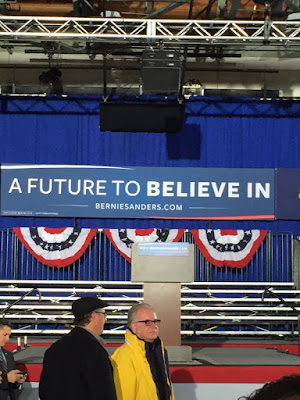 This is my article for the Wimmera Mail Times published in today's paper as part of the regular Horsham Minister's Association column (one of the benefits of living in one of Australia's last remaining bible belt towns).

For entertainment I like to follow American Presidential elections. It’s like being the fan of an exotic sport; because you watch all the best and worst of American culture mixed up in a medley that is part circus and part horse-race. This year is also a federal election year in Australia. So my question is this, was Jesus a politician? Yes, the best sort. Politics is about leaders who represent us and then work for the common good. Since you can’t have everyone gathered in one place to vote on a new train line, for example, we elect leaders to make decisions on our behalf. The theory is that these men and women then serve us by doing what’s best for everyone. They identify problems and make decisions to fix them and hopefully make the place better for everyone.

The reality of politics however, is that sadly some politicians become caught between popularity and the temptations of power. It’s hard to talk to a crowd, they don’t respond well to bad news or complicated ideas and so populism wins and spin becomes normal. A politician wants to be elected to do good but they’re in a race with other politicians who have different ideas, so the temptation is to skip the complicated arguments and make quick and easy promises. But the worst thing about politics is us, the the voters, and our expectations. We start to expect that Politicians will fix what’s wrong with the world. We trust them to solve problems and create a better future, but they’re just humans like us, and if we were in their shoes, we’d be caught between pleasing the crowd and resisting the temptations of power.

So back to Jesus, half way through the Gospel of Mark he says “I have come to serve not to be served.” Which is a pretty strange thing for the God of the universe to say. Surely he’d prefer a parade or an army, but Jesus has come to rescue you from sin, to solve our problems and lead us into a better future. He is both good and powerful. Generally a good politician is too nice to survive the cut throat world of politics and a powerful politician has given up their scruples to achieve things. But Jesus loves us enough to come into the world, live as a human and is powerful enough to sacrifice himself for us and survive death. He didn’t need to rescue us, our redemption is a gift from God to us, received by faith.