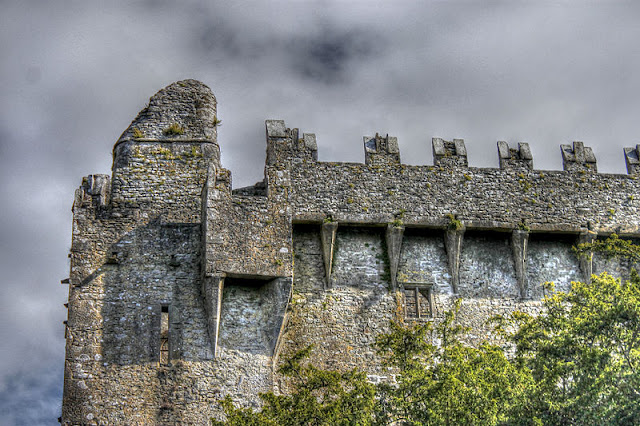 Rhetoric, like sewing or sugar, is a piece of the larger puzzle, you can use it for good or for evil. Sweatshops and corn-syrup are further along the method/values scale and therefore more compromised by ideological decisions and the corrupt human heart. The Nazis (Is any mention of them breaking Godwin's Law, or have we reached peak Godwin?) used graphic design tropes in their propaganda and classic design tropes in their architecture, very effectively. Symbols have power and can be used for evil purposes, which in the case of the Nazis, they were. All this is a long way of saying the individual tools of rhetoric are just that, tools, but they are never used neutrally, in a vacuum. And being naive doesn't get you off the hook either, "Sorry your honour, I didn't realise that I was breaking the law." Be honest about your use of rhetoric but also be honest about your ultimate aims behind and beyond the rhetoric, or even your lack of them.

The Small target
Also known as "keeping costs down", "limiting exposure" or "not feeding the trolls." There is a Biblical mandate in sometimes keeping your opinions to yourself. "Do not answer a fool according to his folly and you will join him in his foolishness." (Proverbs 26:4) Words carry ideas and can therefore be dangerous, often its wisest to keep your peace, listen and not say anything. However don't let appealing to wisdom become a fig leaf for avoiding making a stand, not being valiant for truth. Scripture commands us to sometimes answer a fool, challenge wrong or dangerous ideas (Proverbs 26:5).

At a political level you'll notice the small target being employed, when overly simple or vague policy statements are released instead of extended explanations. Ted Cruz adopted this tactic against Donald Trump during the Republican primary, offering only short humorous comments instead of extended rebuttals. You encounter the 'small target' rhetorical tactic in everyday life when someone prefers to provide controversial information verbally instead committing it to writing or delays providing their opinion on a hot topic. The tactic can be very useful in online discussions. Swooping in with a one-liner or letting a long thread unfold without commenting. Opinionated people can be very irritating, and a lone comment can garner more attention in its isolation.

[Picture of a castle parapet from Wiki Commons. 'Keep your head down, make yourself a small target for the arrows.']
Email ThisBlogThis!Share to TwitterShare to FacebookShare to Pinterest
Labels: Rhetoric
Newer Post Older Post Home