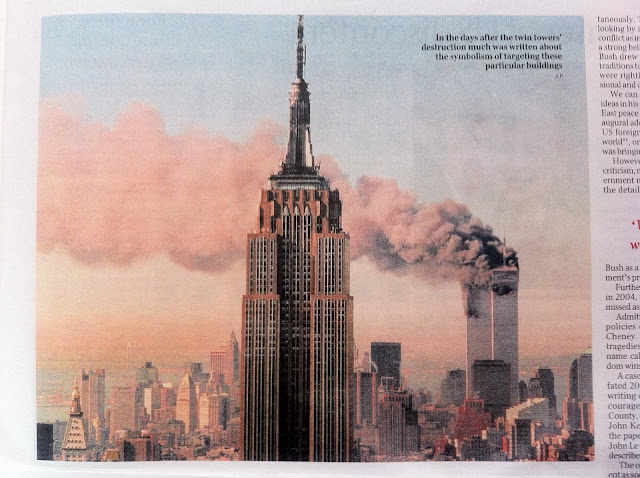 The attacks on New York and Washington DC were very dramatic both because of the power these cities represent and because many of us around the world watched them unfold. Eventually it turned out that Al-Qaeda, based in Afghanistan and sheltered by the Taliban organised the attacks.  This lead directly to a lengthy and ongoing war there and, indirectly, to a war in Iraq.  The benefits of these wars are relative, while there haven't been major Islamic terrorist attacks recently the in West, religious-based violence continues to a degree across the Islamic world and Christians continue to face persecution. No doubt the American economic malaise is exacerbated by the military spending, a strange echo of the way military spending contributed to the breakdown of the Soviet Union.

There's currently saturation coverage of the anniversary but here are five links that I found interesting: