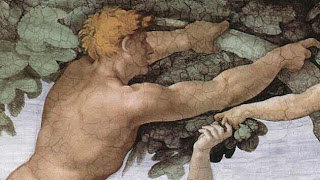 This phrase, Latin for 'blessed fall' is sometimes used to describe the beginning of sin and evil in our world. Inadequate Christian theodicies in describing the origin of sin, "slide into felix culpa" by either making evil something outside of God's control (eg so called 'free-will defence') or part of God's grand scheme (eg universal order, Leibniz or Thomas Aquinas). An orthodox theodicy recognises that the solution is in part a mystery, but one around which we know the boundaries (an important distinction). Blocher puts it this way "But we can understand that we cannot understand." While much of a Biblical theodicy is mysterious we do know the shape of our answer: how sin arrived (Adam in Eden) when it was defeated (at the cross) and how it will end (in Hell).