Trump, hypocrisy and the new paganism 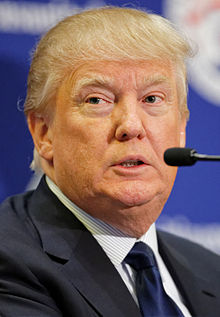 The American election season is a fascinating blend of horse-race, train-wreck and theatre. It'd be funny if it wasn't that whoever gets elected gets to be leader of the free world. Anyway, Donald Trump, a kind of rumpled commercial Hugh Hefner character is causing a ruckus in the Republican Primary. Loud and brash, he is polling well because he presents the persona of breaking through the doublespeak of politics. This is why the fable of the nude Emperor is so effective. Bernie Sanders is doing something similar but in a different style over on in the Democratic primary. Sticking it to Hiliary Clinton with rumpled suits, word of mouth advertising, nerdy long stump speeches, boldly owning the "socialist" epithet as a badge of honour and inspiration.

What's interesting about Trump though is how emblematic he is of the New Paganism. The New Paganism, like all religions is highly moral. Although unlike Christianity and it's derivatives it lacks a core orthodoxy (even if it's a contested orthodoxy) and so morality is mediated by power. Commentators (for example here at the NYMag) liken Trump to a troll. A troll is the modern equivalent of the witch hunter, the moral whistleblower who "calls out" either the wrong doing of others or their alleged moral hypocrisy. Trump, just 'says it like it is', 'get out of the kitchen if you can't take the heat'. However the added twist that makes Trump interesting (to a degree) is that we are watching on a giant scale someone with enough power to challenge the doublespeak of the political system but who also flagrantly does what he pleases and resists explaining the disconnect of his own hypocrisy. To illustrate the same idea another way, Tony Abbot (and Julia Gillard to a degree, remember the no Carbon Tax thing) bends himself into pretzels in order not to be seen to break promises, yet you know and we know and he knows that we all know that he has and will break promises.

The only person who can effectively call out hypocrisy is Jesus, being the one without sin. We enjoy seeing the powerful squirm and respect (like one respects a large tattooed opponent) the artful appearance of morality but Trump reveals that in the New Paganism, as it has always been, morality is prized and hypocrisy despised, but if you're powerful enough you can be both while also calling out others on it!  The New Paganism lacks an ideological centre and so it is ruled by the iron law of power.
Email ThisBlogThis!Share to TwitterShare to FacebookShare to Pinterest
Labels: America, New Paganism
Newer Post Older Post Home